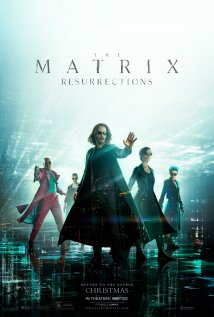 Return to a world of two realities: one, everyday life; the other, what lies behind it. To find out if his reality is a construct, to truly know himself, Mr. Anderson will have to choose to follow the white rabbit once more.

Fmovies: Despite the end of Revolutions, we find Neo(Reeves, who's still got it) seemingly living an ordinary life. However, there is something else going on.

Let's get the obvious out of the way. Yes, this has many problems. It being Leftist is not one of them - this series has been that from the very start. I was pleasantly surprised that it is communicating a new message, rather than simply restating the old one. Both are progressive. One of the big issues here is, why does this exist? And ultimately the answer is: the studio wanted profit and they threatened Lana Wachowski that they would make this with or without her. It's clear that while she still has a passion for this property, she doesn't have that many brand new ideas. We mostly get variations on the old ones.

This is a soft reboot, in the vein of Star Wars Episode 7, although in some ways it is more similar to Nightmare on Elm Street Part 7. There's a lot of love expressed for legacy characters by new ones. Countless references. They are excessive in amount and frequency. With that said, I'm not sure why people are freaking out that this reuses a bunch of footage from the trilogy... whenever it does that, it is because someone is hallucinating, remembering, seeing through the illusion of The Matrix. The action is bad in choreography(bland, uninspired, boring), cinematography and editing(way too rapidly cut, rather than the long takes we're used to). On the plus side, this does have compelling scenarios for them, ones that fit in the universe and aren't retreads. This looks like it was cheap which it wasn't. The darkness and seriousness has been replaced by brighter elements and it's odd that it feels like this is trying to sell toys when it's R-rated. No, this is not made for people who haven't memorized the first three(why on earth would it be?). The villains are incredibly entertaining, we have as much fun watching them as they did playing them(a huge amount).

This features some strong language and a lot of bloody violence. I recommend this only to completists. 6/10.

I was a bit confused at first, but be patient, it all sorts itself out and then it is nothing short of fantastic. The action scenes, the effects, and of course Reeves and Moss. They brought the chemistry and the bad ass - ness. The vibe was unmatched.

The Matrix Resurrections fmovies. I had been holding off from watching The Matrix Resurrections for fear of disappointment, but I eventually took the red pill and went down the rabbit hole, hoping I would party like it was 1999. I hate to say it, but the party is well and truly over: The Matrix Reloaded peed in the punch, and Revolutions made a right royal mess of the bathroom, but Resurrections calls the police, who break down the door and arrest everyone for disturbing the peace. In short, a good time is not had by all.

Keanu Reeves, sporting his strange half-beard and lank hair, once again plays Neo, who has been resurrected by the machines and plugged back into the Matrix as top games designer Thomas Anderson, famous for his groundbreaking Matrix series (how meta!). Thomas is approached by some alternative types with stupid names and stupid hair who convince him that his life is a lie and extract him from the matrix. After regaining his mojo (kung fu skills and stopping bullets in mid-air), Neo and his new pals attempt to rescue Trinity (Carrie-Anne Moss), who is still being used as a battery by the machines.

Part four in the franchise, directed by Lana Wachowski, should have been called The Matrix Regurgitations for it is content to deliver exactly the same kind of nonsense as seen almost two decades ago in Reloaded and Revolutions, namely lots of shooting, lots of fighting, lots of explosions, lots of CGI, and an incomprehensible load of old cyber-crap masquerading as a plot. In short, it's a big case of dÃ©jÃ  vu (see what I did there?). Hugo Weaving and Laurence Fishburne had the good sense to stay away from this embarrassing attempt to flog an old horse to death; I bet Christina Ricci and Neil Patrick Harris wish they had followed suit. 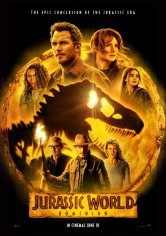 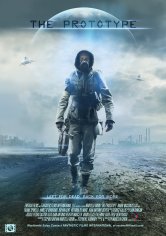 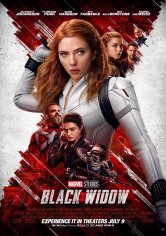