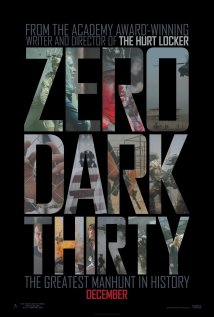 I'm not claiming that this movie is 100% factual or even close to it but I think the filmmaker did a brilliant job of chronicling the UBL saga. IMO the theme of the movie in a nutshell is this: We got this guy (maybe?) but at what cost and were we justified? These are not easy questions to answer and they are left open ended for the most part.

The three main criticisms I've come across in the reviews is that 1) The movie is propaganda 2) It glorifies torture and 3) It is factually inaccurate. The third is probably a legitimate criticism but the movie really makes no pretenses about being a documentary and there is a prominent disclaimer at the beginning that it is based primarily on eye-witness accounts (and it is common knowledge that those can be unreliable). Regarding the death of UBL - well the movie even leaves that open ended which is pretty consistent with the actual reported events. We only get brief blurred glimpses of the side of his face and the only definitive identification comes from the 'expert' protagonist who is clearly somewhat derailed and obsessed with the manhunt (and who also stated UBL was at that location with 100% certainty).

That leads in to the first criticism. I fail to understand how this movie can be perceived as propaganda. How does portraying a 10 year ordeal culminating in an unglamorous methodical execution style raid (in which a helicopter crashes and SEALS kill possibly innocent bystanders with machine like precision) where the target's identity is not a even a certainty even remotely constitute a biased pro American agenda? Not to mention that the whole raid is brought about by a hunch and a fluke stroke of luck and not any actual key pieces of information obtained through interrogation (other than a name). If anything luck was the deciding factor in taking down UBL - not American awesomeness.

Now the torture - How does showing torture equate to glorifying torture? Does Braveheart glorify torture too? Again - this had the opposite effect on me. The viewer is forced to confront the unpleasant reality that we tortured many detainees (probably pointlessly) in our desperation to capture UBL and bring him to justice. What was the primary motivation? Revenge? Safety? Do the ends justify the means? Essentially that's the exact question the filmmaker is posing to the viewer by exposing the torture to public scrutiny.

Perhaps this movie just rubs people the wrong way because they find it too sympathetic to government officials. It's easy to criticize to the Government and trust me I am far from an optimist when it comes to American politicians so I do it often. Obviously our leaders were faced with some difficult decisions after 9/11. Did we handle things the best way? Certainly not, but for better or worse this thing played out the way it did and we have to deal with it and move forward.

Fmovies: "Zero Dark Thirty" is a grim, clinical depiction of the CIA search for Osama bin Laden. Its strongest feature is its dramatization of the Navy Seal Team 6 operation in Abbottabad, Pakistan, that killed bin Laden. That sequence is so professionally shot it could be actual documentary footage.

"Zero" has no real plot. Episodic scenes occur in a choppy manner, one after the other. Scenes consist of depictions of beating and water boarding of detainees in order to gather information, agents stalking a suspect in Pakistan's crowded, chaotic bazaars, terrorist bombings, assassinations and assassination attempts. There are also scenes in offices where characters stare intently at computer screens or interrogation videos, and characters yell at each other and use obscenities, as their frustrating hunt for Osama bin Laden wears them down.

"Zero" makes no attempt to draw the viewer in with any human sentiment. Characters are given no backstory and no character arch. CIA agent Maya, played by Jessica Chastain, is the closest the film has to a main character. She reveals no affect. Her face is blank. She isn't so much robotic as inert. We know nothing about her, except that she was recruited to the CIA while in high school â€“ we are never told what would draw the CIA to a high school student. I didn't care about this character at all. All I kept thinking was, "Jessica Chastain is being praised for *this* performance? Why?" The dullness of her performance, and the underwritten character, made it almost impossible for me to lose myself in the story, such as it was.

Jason Clarke is very strong and charismatic as Dan, a CIA interrogator. Dan humiliates, beats, and water boards suspects, and then feeds them delicious meals of hummus and olives when they deliver. His depiction of his work as just another job â€“ he could be playing a bus driver with the same amount and degree of expressiveness â€“ is provocative. I wish I had gone to see a film built around his character and his performance.

Overall, I was disappointed in the film. Feature films are an art form. I want them to do to me what drama can do. I want to be made to identify with a character and I want, through that identification, to learn more about life, or I want to be entertained. "Zero" did neither for me. I wasn't entertained, and my understanding and worldview were not expanded. I think the same material could have been better treated in a documentary with selective re-enactments.

"Zero Dark Thirty" sidesteps key questions. Maya sacrificed years of her life to the hunt for Osama bin Laden. Dan risks his humanity by making his living beating and humiliating other men. Men, women and children throughout the Muslim world, and, as the film makes clear, in America's and Europe's cities, are eager to blow themselves up, as long as they can take some infidels with them. Why? The film doesn't even acknowledge that there are people out there asking the question, never mind attempting to suggest an answer.

The film opens with audio from the September 11, 2001 terror attacks, suggesting that the war between Islam and the non-Muslim world dates from that attack. Not so. Islam increased its territory through jihad from its invention in the seventh century until September 11, 1683, at the Battle of Vienna. After that defeat, Islam stopped its spread. The significance of the date of September 11 goes back over four centuries.

It's not an action flick, it's a thriller. About a tough CIA-chick who has a hunch about a guy who might eventually lead them to Osama Bin Laden. It takes her almost 10 years, a little waterboarding, a couple of dead colleagues and a lot of arguing with her superiors, but she manages to follow the lead all the way to the now famous raid in Abbottabad.

It's a very captivating film (even with its 160 minutes runtime), and the big raid at the end is quite intense and realistic. That said, Bigelow's previous 'The Hurt Locker' was (even) better. But it's close!

As for the controversy whether the film is 'pro-torture propaganda' or not: it shows what (likely) happened. A very unpleasant sight for Americans, sure, but that's no reason to leave it out. Whether or not 'OBL' would've been caught without the use of torture is speculation that has no place in this movie (it's a depiction of events, not a moral study).

Some Americans might still find it hard to watch a movie that requires you to form your own opinion about the actions of your country/government/army, instead of getting one spoon fed by those very same institutions. But given the America's options in government- potential it seems a luxury Americans no longer have. 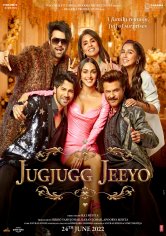 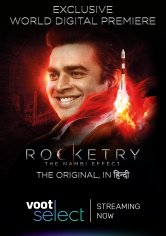 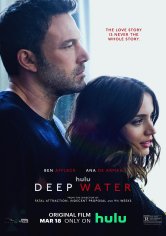 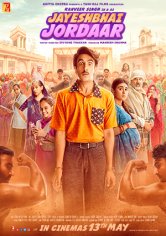 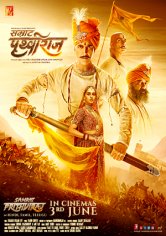 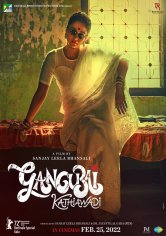