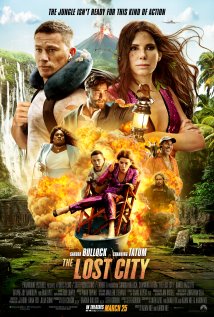 A reclusive romance novelist on a book tour with her cover model gets swept up in a kidnapping attempt that lands them both in a cutthroat jungle adventure.

A cute and funny enough rom com, a few more of the jokes were stale than I would have liked, but overall it accomplished its goal. A few laughs, a few "awhs", and a whole lotta "omg is Channing Tatum hot"'d.

Fmovies: I can't quite understand how these actors would choose to make such a unfunny comedy. The humor is so basic and simple that I can't believe the actors thought this would work. With movies like these it feels as though mainstream Hollywood is intentionally trying to dumb down the population or they have become so arrogant they think they can throw a few good actors together in a film that's made with 110% cheese! It's a cheese party and laughs and humor weren't invited! And the prized guests of the party were signs and facepalms whilst shaking ones head. Was this to make a quick buck? Maybe help out a fellow producer or writer who is a friend? Or maybe they just rely on the names to bring in the money, but I don't see how any of the stars in the film can actually watch this film and feel at all good about themselves and the product they've put out. It's just a complete and utter fail from the very beginning. All I was wondering throughout the film is "why?"

I like well written comedies, but Channing Tatum's character is too stupid to be funny. A poor ripoff of Romancing the Stone. Michael Douglas kept it an adventure with light humor. That humor was similar to the Rundown. Instead the leech scene was poorly acted and written. This was dumb and not very original.

The Lost City fmovies. Great line up, but this film tries to hard to be funny with cringy and unforgettable action scenes... Felt like a total gimmick and clone of Romance in the Stone & Jewel in the Nile that both captured romance, action & humour so very well!

I think Sandra Bullock should stick to drama movies! This movie was painfully boring.

Mainstream comedies that actually make it to theatres are slim to none these days. I remember a time when there was possibly a big comedy coming out every one or two months, with at least half of them being good, but in today's climate, humour is just tough to get right. I was very happy to see that Paramount would be taking a chance and releasing a big comedy in The Lost City this year, but I truly didn't know to what to expect from it. After seeing it in theatres, I'm happy to say that I had a good time with it. It's not great, but it felt like a throwback comedy, just with a modern twist.

To put it simply, The Lost City follows Loretta (Sandra Bullock) as she's on a book tour with her cover model Alan (Channing Tatum) to promote the release of "The Lost City of D," but they are swept up in a kidnapping and find themselves on a real adventure in the jungle. Abigail Fairfax (Daniel Radcliffe) is the reason Loretta was kidnapped in the first place, as he sees many similarities in her book to that of a real lost city. Being the privileged twerp that he is makes for a fun villainous storyline, even if it's pretty lame at times. Radcliffe aside (whom I still enjoyed), this film puts all of its weight on Tatum and Bullock to deliver the goods.

This premise is clever enough to work as a film, but it all comes down to who you cast and if they can make the material work. I never thought I needed to see this duo together, but I'm very happy they worked so well. On top of that, I have to admit that the best moments in the film feature Brad Pitt's character Jack Trainer. He isn't in the film much, but every second he was on screen had me laughing. Where I found the film to be slightly uneven though, was in the fact that I wasn't sure if it wanted to be funny or dramatic at times.

I'm all for heartfelt storylines as well as comedy, but I would argue that the majority of the humour is in the first half, while the second half gets a little more sentimental. These both worked in the movie, but the way the film begins gives absolutely no foreshadowing as to what the film will become by the end. I found that odd, but again, the cast sold all of the dialogue for me. From a few hilarious moments to some fun adventure/action throughout, as I said, I had a good time with this one.

In the end, The Lost City is exactly what I think moviegoers need right now. Nothing too serious or weighed down by heavy drama. This is a good old-fashioned, silly comedy/romance that I feel works for what it is. It's not going to be the type of comedy that a lot of people are going to watch over and over again, at least I don't think, but the heart of the film is in the right place and it never takes anything too seriously. Now playing in theatres, I'd give a recommendation to The Lost City.

I wasn't expecting to enjoy this, but on the whole, I did, some bits of it were pretty silly, but there were some nice moments, and a few bits that had me in stitches. Some of the sweeter, romance moments were maybe a little corny, but that's what was expected I guess.

Nice special effects, it looks great, I loved the locations used. You can argue it had a somewhat old fashioned, maybe old school vibe about it, but sometimes you just need a bit of silliness in your life.

Nicely acted, they all did a good job, Daniel Radcliffe was good fun, always enjoy his work.

It really does make the most of Channing Tatum's looks, and it does work, he is ridiculously handsome, and there are several tongue in cheek moments, he seems like a good sport. 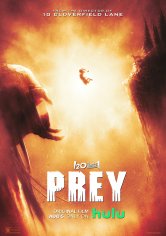